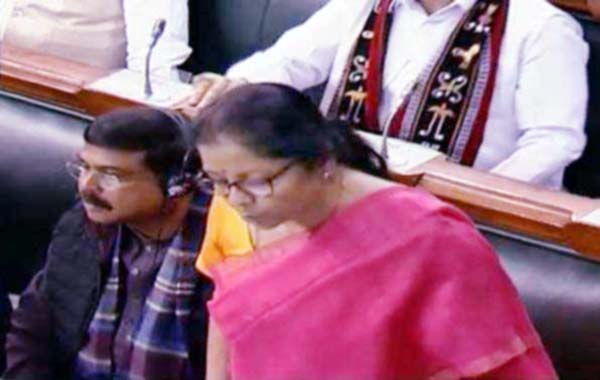 New Delhi, Seeking to set "all doubts to rest" on contracts won by state-run Hindustan Aeronautics Limited (HAL), the Defence Minister Nirmala Sitharaman on Monday told Lok Sabha that between 2014 and 2018, contracts amounting to Rs 26,570.80 crore have been signed. "I would like to set all doubts to rest by adding that I have received confirmation from HAL that between 2014 and 2018, contracts amounting to Rs 26,570.80 crore have already been signed and orders approximately Rs 73,000 crores are in the pipeline," Ms Sitharaman said in the Lower House of Parliament making a suo motu statement. She also placed the details of the orders in the Annexures. "The above document clearly confirms the correctness of my statement made on the floor of the House and that doubts raised in this regard are incorrect and misleading," she said. The statement from the Defence Minister in the Lok Sabha comes a day after Congress President Rahul Gandhi has accused Ms Sitharaman for "lying" in Parliament on Rs 1 lakh contract for HAL. "When you tell one lie, you need to keep spinning out more lies, to cover up the first one. In her eagerness to defend the PM's Rafale lie, the RM (Raksha Mantri) lied to Parliament. Tomorrow, RM must place before Parliament documents showing 1 Lakh crore of Govt orders to HAL. Or resign," Mr Gandhi had tweeted. Of course, on her part, Ms Sitharaman also took to micro blogging site on Sunday and said that it is a "shame" that the Congress chief was spreading lies and misleading the country himself. 'It's a shame that the president of @INCIndia is spreading lies and misleading the country,' Ms Sitharaman had tweeted. Attaching documents on her post, Ms Sitharaman said the HAL has signed contracts worth Rs 26570.8 Cr (Between 2014 & 2018) and contracts worth Rs 73000 Cr are in the pipeline. "Will @RahulGandhi apologise to the country from the floor of the House and resign?," she wrote.