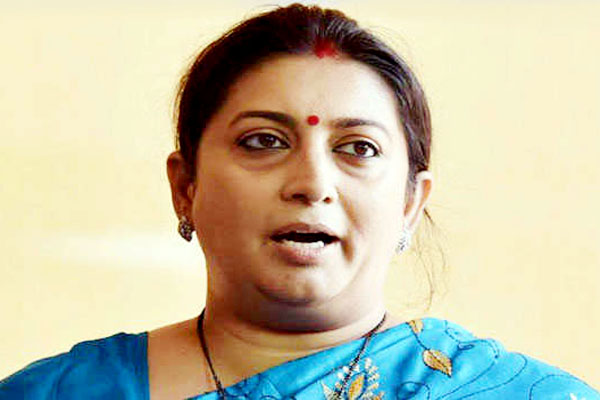 Amethi, Union Information and Broadcasting Minister Smriti Irani on Friday hit back on Congress president Rahul Gandhi in his Amethi parliamentary constituency over Thursday's candlelight march in New Delhi by the Congress over Kathua and Unnao rape cases. "Rahul Gandhi earlier stood in support of Gayatri Prasad Prajapati in UP. It's just his compulsion to take a stand this time but Amethi knows the truth. I have faith that justice will be provided in both the incidents," she said while commenting on the Unnao and Kathua incidents. "Those who asked for votes for Gayatri Prajapati are protesting today. People know the reality," she told reporters here. Ms Irani, who is on a two-day visit to Amethi, refused to comment on the Unnao incident and said it is a state matter and as the CBI was investigating the incident, hence nothing could be said on the issue. "Let the investigation agency do its work." But she said the government is committed to providing security to the women and at any cost this will be maintained. Asked Mr Gandhi too is coming to Amethi on Monday, the Union Minister said, "We are working for the people of the Amethi and the Congress president is coming to watch it." Ms Irani met several villagers of Amethi and she also assured the people of Dih village that a bridge would be constructed so that the children can have easy assess to schools.