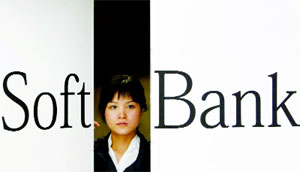 Agencies, Beijing SoftBank Group Corp has agreed to launch a $930 million Indian joint solar energy venture with Chinese firm GCL System Integration Technology Co Ltd as part of its ambitious India solar investment roadmap. The venture will work on photovoltaic technology, which is used in solar panels. GCL will provide technology and SoftBank will assist in obtaining land and regulatory approvals, GCL said in a filing to the Shenzhen stock exchange dated Friday. SoftBank said in 2015 that it would invest up to $20 billion along with Foxconn Technology Co Ltd and Bharti Enterprises in solar projects in India, which has a goal of generating 100 gigawatts (GW) of power from solar by 2022. SoftBank and GCL’s new venture will eventually have a capacity of 4GW and will be implemented in two 2GW phases.The Japanese firm will hold 60 percent of the venture’s shares and GCL will own 40 percent. Funding for the project will come from SoftBank’s Vision Fund, which counts Apple Inc, Foxconn and Saudi Arabia’s sovereign wealth fund among its backers.As of last May, it had raised over $93 billion, making it the world’s largest private equity fund. The fund recently announced it would invest in building the world’s largest solar power project in Saudi Arabia - a project expected to cost up to $200 billion and have a capacity to produce up to 200 GW by 2030. GCL shares were up 4.7 percent at 0357 GMT, after earlier rising almost 6 percent to their highest since December.