Sonakshi Sinha to play cameo in Navdeep Singh's next venture 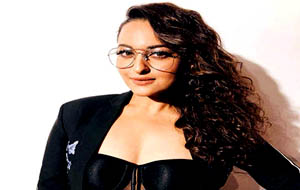 New Delhi, The untitled venture of 'NH10' fame director Navdeep Singh which reunites Saif Ali Khan and R Madhavan, will also have Sonakshi Sinha, who will play a cameo role, trade sources said on Friday. 'The details of her character in this historical drama are currently being kept under wraps. However, Sonakshi will be seen in a cameo of sorts, albeit an important one,' the sources said. 'Sonakshi’s role is being considered essential to the plot and is being retained as a surprise. In fact, the makers also don’t wish to reveal details on her look,' they said. 'The actress has even kick started the shoot of the film. The movie is being shot in a picturesque location in Rajasthan last week. The film has gone on the floor in Desuri village. It will later move to other parts of the state. Besides Rajasthan, a schedule is being planned in Uttar Pradesh too,' the sources added. While Saif and Madhavan, who are reuniting on the big screen after 2001, have undergone training in sword-fighting and horse-riding as a part of the preparations, the film will make use of prosthetics too. Zoya Hussain will be seen as the leading lady in this untitled period venture. Deepak Dobriyal too will play an integral role in this film.