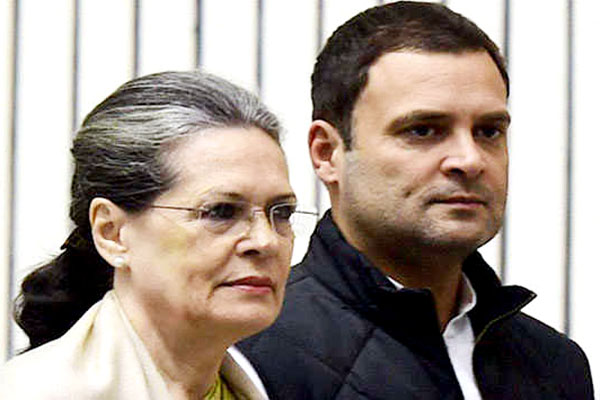 New Delhi, Chairperson of the Congress Parliamentary Party Sonia Gandhi and Congress president Rahul Gandhi on Thursday participated in a joint protest by opposition parties at Mahatma Gandhi's statue in Parliament Hose premises against the government on its failure to ensure a discussion in both Houses on various burning issues facing the country. More than ten opposition parties assembled near Gandhi statue in Parliament on seven key issues including the bank scam issue, farmer crisis, no-confidence motion, dilution of SC/ST Protection Act and disinvestment of Air India. Several opposition parties led by the Congress have said they want issues of public importance to be discussed in Parliament. They have accused the government of running away from a discussion on these issues in Parliament. The parties on Wednesday had met Rajya Sabha chairman M Venkaiah Naidu and Lok Sabha Speaker Sumitra Mahajan on the issue.