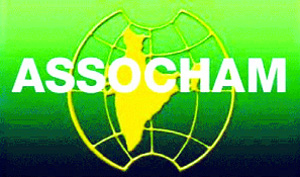 Agencies, New Delhi The Budget 2018-19 would bring enough opportunities for rural sector as the Modi government wants rural India to be at the forefront of the development agenda. The Budget will also kick start the process of doubling farmers’ income by 2022, a commitment made by the Prime Minister, and “it will be visible in the Budget,” a Budget paper brought out by Industry body ASSOCHAM said. Left with squeezing fiscal space due to rising crude oil prices, looming uncertainty over GST collections, the last full Budget of the NDA Government would most likely be hugely rural –focussed, it contended. “Prime Minister Narendra Modi and Finance Minister Arun Jaitley have given enough indications about what is going on in their mind about the way, the Budget for 2018-19 should pan out. They want rural India to be at the forefront of the development agenda and we would expect several initiatives in the direction of improving market access for farmers, micro irrigation, rural housing, rural roads and further financial inclusion,” the Paper, brought out by the Research Division of the ASSOCHAM said. It said in a scenario where the pull pressure is there on the government resources from a wide range of sectors and people of diverse needs, “the expectations have to be realistic enough given the fact that the revenue realization picture is still not clear on the GST front”. It is in this context that there may not be big bang announcements for India Inc while the lower middle class tax payers are likely to see their exemption and saving threshold move up. “But it would not be a blockbuster kind of a sop, this is for sure”, the paper noted. It said, the Budget to be unveiled in the next few days, would depend a lot on the disinvestment of PSU equity, taking advantage of record highs in the stock indices and ever-increasing appetite for equity as an asset class both by domestic investors through mutual funds and the foreign portfolio investors. The target for disinvestment could well be above Rs 1 lakh crore. “In fact, it would be a smart strategy to front-load the disinvestment for 2018-19 in the first half of the fiscal as the going remains great in the markets, as of now,” ASSOCHAM Secretary General D S Rawat said. As for the investment in infrastructure, the Railways and the Highways would be given a further leg-up. “However, in both these cases, the resources would be raised through off-Budget avenues like market borrowing, issue of tax free bonds, divestment in some of the profit-making Railway subsidiaries. Similar methods may be adopted by the National Highway Authority of India. So, while there would be a lot more investment plans for the railways, ports, roads, the load would not be on the Finance Minister”. The broad direction of the Budget would sour shot by ‘rural-rural-rural’, as the political expediency would also be a force factor.