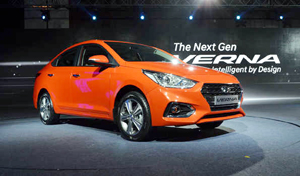 Agencies, Bhopal In view of the fact that ‘Sports Science’ plays a vital role in honing Madhya Pradesh’s talents so that their performance witnesses further improvement, assistance is being sought from experts. During an interaction with UNI in the state capital, Director (Sports and Youth Welfare) SL Thaosen – an Indian Police Service officer adorning the post for more than a year – averred, “The experiment is yielding positive results that shall be clearly visible to one and all in the near future. It is often observed that players and coaches invest a tremendous quantum of effort but despite that the outcome is not outstanding. The principal reason for that is that trainers and sportspersons often neglect Sports Science aspects.” For instance, an athlete’s performance and the use of machines by specialists to evaluate the same would determine whether the person possesses the capability to advance in that particular discipline. Is the result matching endeavours? Expert advice would help the sportsperson in giving his or her best on the field so that more medals are won for the state and the country. “Nourishment and behavioural science also make crucial contributions. If a player toils but his or her intake is unscientific then an adverse impact on results is a certainty. Numerous sportspersons perform well during exercise but disappoint in competition. In such situations, psychological counselling is imperative. Therefore, I have provided them the services of physiotherapists, psychologists and sports nutritionists as well. Sports scientists are now part of various academies in Madhya Pradesh. The endeavour shall be to regularise their services. Sports that will serve as a medium for talents to shine at national and international levels are being encouraged. Women’s football is one. Weightlifting, equestrian, shooting, golf, etc also hold promise,” Mr Thaosen said. Besides bringing modern technology into the picture, there is an attempt to ensure greater tandem activity on part of officials and coaches, he explained and expressed his desire to have officials mingle with players in order to boost and assess the latter. In the context of development work undertaken at the local TT Nagar Stadium over the past 12 months, the officer said, “Besides bettering sports facilities, the Department is emphasising that players toil ceaselessly and seriously by casting off any casual attitude.”