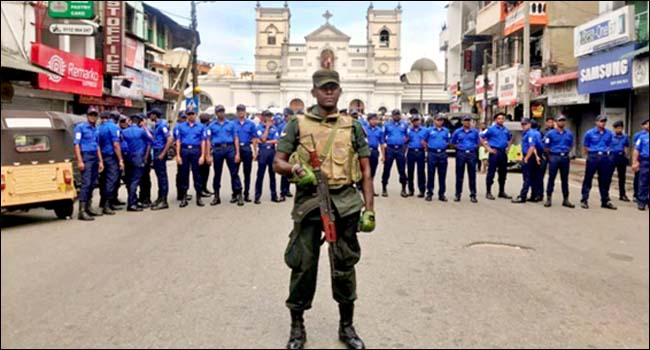 Colombo, Sri Lankan Foreign Ministry has confirmed death of at least 31 foreign nationals in the Sunday Easter bomb blasts at three churches and two hotels here. Colombo Page reported the fatalities on Monday night as follows: one from Bangladesh, two from China, eight from India, one from France, one from Japan, one from The Netherlands, one from Portugal, two from Saudi Arabia, one from Spain, two from Turkey, six from the UK, two holding US and UK nationalities, and two holding Australian and Sri Lankan nationalities. Additionally, 14 foreign nationals are unaccounted for at present, and could be among the unidentified victims at the Colombo Judicial Medical Officer's mortuary. Seventeen (17) foreign nationals injured in the attacks are receiving treatment at the Colombo National Hospital and a private hospital in Colombo while others have been treated and discharged. The Foreign Ministry said it continues to be in close contact with the relevant hospital authorities to identify the remaining victims. The Ministry will continue to monitor the welfare of the foreign nationals receiving treatment.