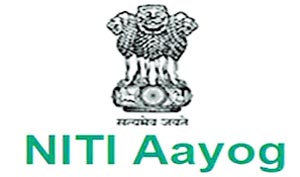 Agencies, Agartala Tripura is all set to host the first ever policy meeting of NITI Forum, a group of experts of NITI Aayog (NA) exclusively dealing with Northeastern India, tomorrow under the chairmanship of the top economists of the country and vice-chairman of NA Dr Rajiv Kumar. As many as 56 delegates, including the chief ministers of Meghalaya, Nagaland, Sikkim besides Tripura and senior ministers of remaining four states of Northeast along with the top officials of the states attended the deliberations on connectivity and development of economy of the region. DoNER minister Dr Jitendra Singh along with other officials would also take part in the policy level discussion, which is scheduled to start at 0900 hours to finalise the road map of development. Official sources here today said that Prime Minister Narendra Modi had desired to hold the first meeting of NITI Forum at Agartala as part of the celebration of month anniversary of first BJP-IPFT government in Tripura after uninterrupted 25 yrs rule of communist. “The meeting will discuss the improvement of roadways, waterways and airways in Tripura and other states of northeast in a time bound manner, which would act as a catalyst for development of the region, bring investment and open up employment opportunity,” said deputy chief minister of Tripura Jishnu Dev Varma. He stated that the deliberation of the meeting will draw a roadmap for meaningful implementation of Act East Policy through Northeast especially Tripura for trade and commerce among South Asian countries and added, “The development of Northeast is not all about pumping money from the Centre rather it requires massive infrastructure development and policy dialogue to ensure holistic growth.” The meeting will also discuss the development strategies for agriculture, horticulture, water resources and backyard industries of information technology.