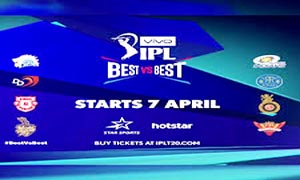 Mumbai, Following the recent launch of the Best vs Best VIVO IPL anthem, which crossed over 15 million views across social media platforms in a short duration, Star India has launched the second phase of its campaign that attempts to answer the question on everybody’s mind from as who would win when a Tiger takes on another. The national campaign- “Kaun Jeetega?” (Hindi) “Who would Win?”, launched in six different Indian languages, portrays a young child posing the question to all around him - as to who would win when two Tigers take on each other? As his question goes unanswered by everyone, his father takes him to watch an IPL match, concluding that, when a Tiger takes on another, the Tiger is always the winner. The national campaign “Sher vs Sher” conceived and conceptualized by the Star Sports Creative team is directed by Shlok Sharma in Bundelkhandi and Prakash Varma of Nirvana Films in Hindi, along with Vijay Prabakaran in Tamil. Commenting on the launch of these films, BCCI Chief Executive Officer Rahul Johri said,"With fans across the globe waiting for the VIVO IPL 2018 to start, we decided to launch the second leg of the #BestVsBest campaign today. It is all about the universal appeal of IPL. This aspect is something I believe will keep fans glued to all the action in VIVO IPL 2018 which will further enhance this global celebration of the brand IPL.” The 11th edition of VIVO IPL starts on April 7 with defending champions Mumbai Indians taking on Chennai Super Kings, who are making a comeback in the cash-rich league after a gap of two years.