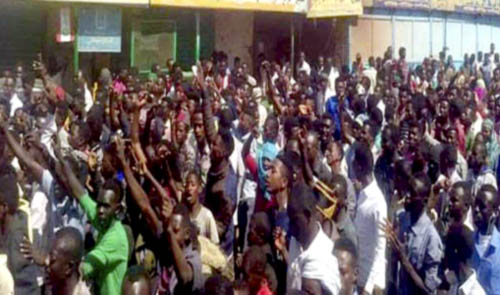 Khartoum, Nineteen persons including two defence personnel have been killed so far in anti-government clashes in Sudan since December 19. Sudanese information and IT Minister Bushara Guma'a Aro, while indicating that most of the wounded persons were recovering, said that the number of injured persons was 219 while 187 men were from forces. At a press conference aired by Sudan TV, the minister pointed out that the authorities have arrested 107 elements belonging to organisations and armed movements, most of them belonged to the Movement of Abdul-Wahid Mohamed Nur. The charges will be filed against 42 cells and groups operating creating and disseminating video clips and fabricated pictures with the aim to instigate violence and chaos, qatar news agency quoted the minister as saying.