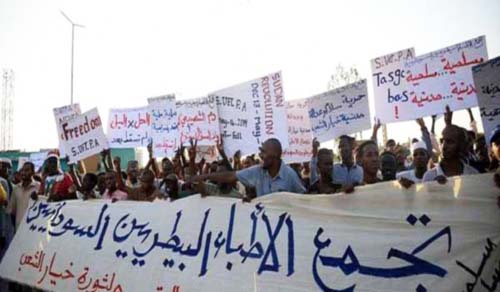 Khartoum, Sudan's military leaders have announced an agreement with the opposition alliance for a three-year transition period to a civilian administration. The Transitional Military Council (TMC) said the alliance would have two-thirds of the seats on a legislative council, according to a BBC News report on Wednesday. However, the two sides are yet to agree on a sovereign council - the top tier of power, where both want a majority.Sudan has been ruled by the military council since last month's toppling of President Omar al-Bashir. Protests that led to his downfall have continued, with a huge sit-in outside the military headquarters to demand full civilian government. Hours before the latest deal was announced, at least five protesters and a member of the security forces died in clashes in the capital, Khartoum. At a joint news conference on Monday night, Lt Gen Yasser al-Atta had said a final agreement on power sharing would be signed with the opposition alliance - the Declaration of Freedom and Change Forces (DFCF) - within 24 hours. That would include the forming of a sovereign council which will rule the country until elections. "We vow to our people that the agreement will be completed fully within 24 hours in a way that meets the people's aspirations," he said.