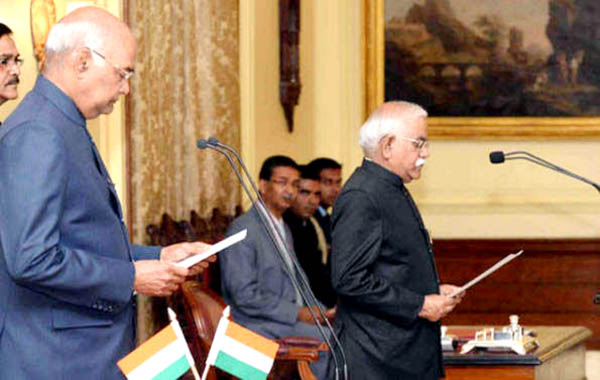 New Delhi, President Ram Nath Kovind on Tuesday administered the oath of office to Sudhir Bhargava as Chief Information Commissioner in the Central Information Commission, at a ceremony held today at the Rashtrapati Bhavan, said a press communiqué. A former Secretary in the Ministry of Social Justice, Mr Bhargava had been a Commissioner since 2015.He will take over as the ninth chief of the CIC.The CIC is the highest appellate body under the Right to Information Act.