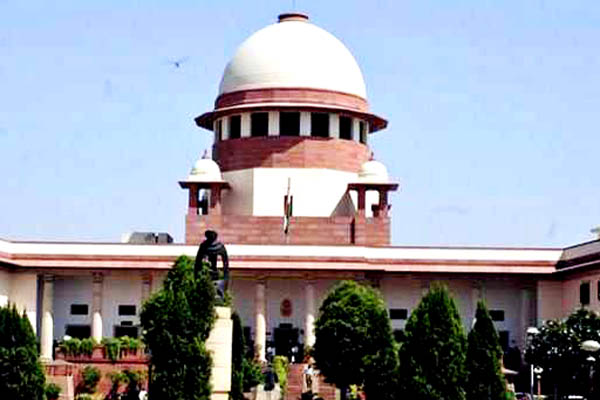 New Delhi, The Supreme Court on Thursday observed that the alleged murder of a woman official by a land encroacher in Kasauli during a demolition drive was because the Government turned a blind eye to illegal constructions and lawbreakers then had the audacity to even kill someone. ' The civic planner was killed not for following the law of the land but in the absence of timely action by the state government,' a bench, headed by Justice Madan Bhimrao Lokur and also comprising Justice Deepak Gupta, held. She was killed, the Judges observed, because of non-implementation of rule of law and not due to any court order. Government, it held, can not encourage those who break the law. The apex court yesterday took suo motu cognizance of media reports that a woman official had allegedly being murdered while she was performing her official duties and more so, because she was discharging SC orders. The state government informed the bench that Rs five lakh compensation would be given to the officer's family. Voicing its grave concern over non-implementation of laws, the bench said, ' You allow illegal construction to take place and then when the person puts all his money into this construction, he becomes desperate, and then such killing takes place.' The state government submitted that an award of Rs one lakh has been announced for information about the accused, who had allegedly murdered the woman officer, Shail Bala, during the demolition drive. Further hearing of the case is expected next month.The apex court asked the government to ensure that officers were not harassed and, at the same time, protect the crime scene. Justice Lokur said,' I saw on TV somebody just walking inside the hotel and showing this is the place where the murder took place. How can this happen. It is a crime scene.'