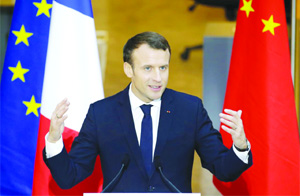 Agencies, New Delhi Former Commerce and Aviation Minister Suresh Prabhu, who missed ministerial berth during the swearing-in of the new government headed by Prime Minister Narendra Modi, has been named as India's Sherpa for the G20 summit at Osaka in Japan. According to official sources, Prime Minister Narendra Modi will attend the summit to be held from June 27 to 29. MEA spokesperson Raveesh Kumar said that Mr Prabhu would be India's Sherpa at the meet. This would be the sixth time that Prime Minister Modi would be participating in the G20 summit. Mr Modi will hold talks and participate in the deliberations, he said. On May 30, when Mr Prabhu's name went missing from the ministers' list, there was a lot of speculation on the future politics of Mr Prabhu, who was considered blue-eyed boy of PM Modi. Speaking to reporters, Mr Prabhu said innovation in digital economy, artificial intelligence and food security would figure among other issues at the G20 Summit talks. He also said terrorism, global stability, climate change and economic fugitive offenders will also figure prominently at the meet. Collectively, the G-20 economies account for nearly 90 per cent of the gross world product. The G20 Summit will be second multi-lateral interaction of Prime Minister Modi since returning to power with a massive mandate. Earlier this month, Mr Modi has been to Bishkek for the SCO summit where he held bilateral talks with Chinese leader Xi Jinping and Russian President Vladimir Putin and others. At the G20 meet, there is a possibility of Prime Minister's bilateral talks with US President Donald Trump. It may be pointed out that US Secretary of State Michael R Pompeo will be visiting India from June 25 apparently to create ground Modi-Trump parleys. The three-day visit of Mr Pompeo to end on June 27 will be the first high level engagement with the US after the general elections in India.