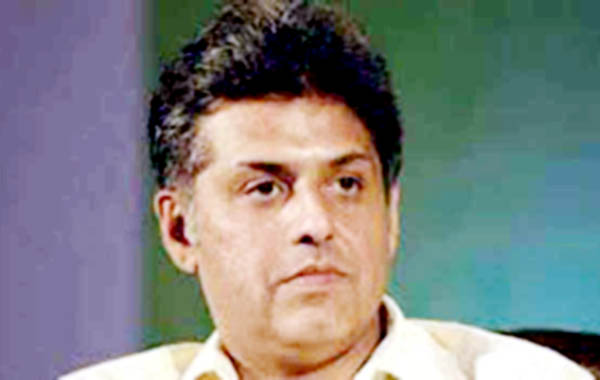 New Deli, Responding to External Affairs Minister Sushma Swaraj’s comments on Congress president Rahul Gandhi questioning Prime Minister Narendra Modi’s credentials as a ‘Hindu’, the Congress on Saturday said the statement by the BJP leader reflected her nervousness. Talking to reporters here, AICC spokesperson Manish Tewari, referring to her comments 14 years ago that she would shave off her head if Sonia Gandhi became Prime Minister, said Mrs Sushma Swaraj had habit of making such comments. "The comments by Mrs Sushma Swaraj betray her nervousness. This is the same Sushma Swaraj who had said 14 years ago that she would shave off her head (if Mrs Sonia Gandhi became PM),’’ Mr Tewari said. Talking about Rahul Gandhi’s comments earlier in the day, Mr Tewari said, "Rahul Gandhi has only said in his interview that Hinduism teaches you humility. I want Sushmaji to read the statement by Rahul carefully.’’ Addressing a meeting of business community in Udaipur earlier on Saturday, Mr Gandhi said: "What is the essence of Hinduism? That knowledge is with everybody, knowledge is all around you. Every living being has knowledge. Our PM says he is a Hindu but he doesn't understand foundation of Hinduism. What kind of a Hindu is he?" Reacting to the comments by Rahul, Sushma Swaraj said the saffron party leaders need not learn about Hinduism from Mr Gandhi. "Bhagwan na kare aisa din bhi ayen jab hame Rahul Gandhi se Hindu honey ka matlab janna pare (God forbid, such a day should not come when we have to learn about Hinduism from Rahul Gandhi)," Ms Swaraj told reporters. "It was only during recent election campaign it was propagated that Rahul Gandhi is a Brahmin just because his maternal grand father Pt Jawaharlal Nehru was Brahmin. They did not stop at that, they said Rahul Gandhi is a Brahmin with a sacred thread....I really did not know his knowledge has expanded so much that today we have to learn about being Hindu from him," she said.