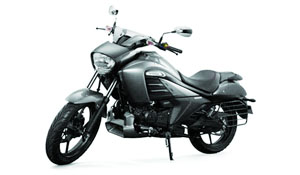 Agencies, New Delhi Suzuki Motorcycle India Private Limited (SMIPL) has further upped the ante in the cruiser segment with the introduction of advanced Fuel Injection (Fi) variant of India’s modern cruiser - Intruder. “Since its launch, the Intruder has received an overwhelming demand with close to 15000 units sold, overachieving our projected sales target by 25%. With a unique blend of premium appeal, coupled with futuristic features like ABS and now an efficient Fuel Injection technology, the INTRUDER is a premium offering in the cruiser segment, unlike any other,” said Mr Sajeev Rajasekharan, Executive Vice President, Sales & Marketing, SMIPL. The intruder, which was launched in November 2017 now, comes equipped with Suzuki Advanced Fuel Injection Technology with six sensors that calculate the optimum amount of fuel required for better combustion, and hence providing an accurate throttle response at all RPMs. This not only adds to the advanced technical superiority, but also delivers an exciting riding experience and efficiency to the already renowned performance of Suzuki Intruder. The new Intruder-Fi is available in two colours – Metallic Oort/Metallic Matt Black No 2, and Glass Sparkle Black/Metallic Matt Titanium Silver; and is priced at Rs 1,06,896 (ex-showroom, New Delhi). SMIPL is a subsidiary of one of the world’s leading two-wheeler manufacturers - Suzuki Motor Corporation, Japan (SMC).