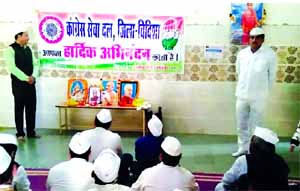 Agencies, United Nation In a message to mark World Environment Day, celebrated on Wednesday, UN Secretary-General António Guterres has emphasised the link between worsening levels of air pollution and the climate crisis. As well as claiming seven million lives every year, and damaging children’s development, the UN chief noted that many air pollutants cause global warming, which he has described as “an existential threat.” In his video address, the UN Secretary-General recalled his recent experience in the South Pacific island states, which he visited last month to show solidarity with those suffering from the worst effects of climate change. Mr Guterres said that he had seen first-hand the severe and worsening impacts of the global climate emergency. With the environment facing “unprecedented perils,” caused by human activity, the UN chief said that action to fight climate change is “the battle of our lives”, that we must win, by taxing pollution, ending fossil fuel subsidies, and halting the construction of new coal plants. World Environment Day, widely celebrated in over 100 countries, is the United Nations day for encouraging international awareness and action to protect the environment. The theme for 2019 is air pollution, calling on governments, industry, communities and individuals to take action to explore renewable energy and green technologies, and improve the air quality in cities and regions across the world. Every World Environment Day has a different host country- this year's host is China, with the official celebration taking place in the eastern city of Hangzhou, in the presence of senior Chinese government officials and Joyce Msuya, Acting Executive Director of the UN Environment Programme, (UNEP). Although the rapid development of many Chinese cities has led to poor air quality, and associated health problems for many citizens, the country has made significant strides in addressing the problem in recent years. In the Chinese capital, Beijing, which has become almost synonymous with air pollution, the concentration of fine particulates (the tiny, deadly elements largely responsible for deaths and illnesses) in the air, has fallen by a third over the past two decades, beating the target set by the State Council, China’s main administrative body. Speaking to UN News ahead of World Environment Day, Tiy Chung, Communications Officer for the Climate & Clean Air Coalition at UNEP, said that Beijing is “showing the way,” by taking the issue very seriously, and implementing strong policies. The city, he said, has taken a systematic approach based on good science, and coordinated successfully with surrounding cities and regions. Looking at other cities and countries, Mr Chung is hopeful that the world is moving in the right direction. “We are getting at a mix of good policies and technologies. Innovative low-emission technology is at the forefront of a new revolution driven by policies pushing for lower air pollution and de-carbonisation of economy.”