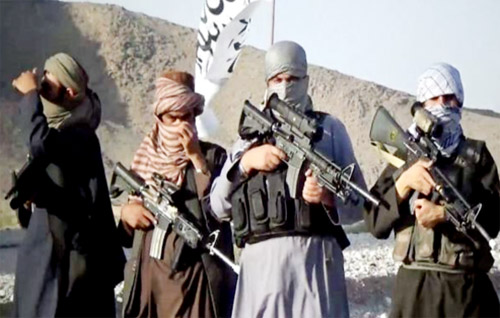 Washington, The US is offering Taliban militants a safety network and job opportunities to persuade the insurgents to join the Afghan peace process. As world powers, including the US and Russia, expedite efforts to encourage the Taliban to join the Afghan peace process, the US Defence Department has outlined a plan for rehabilitating the rebels in a new Afghanistan. “Although some members of the Taliban may be weary of fighting and ready to lay down their weapons, they will only rejoin society if they believe their safety and the safety of their families are guaranteed, and if they have an opportunity to earn enough money to provide for their families,” says the plan that the Pentagon sent to Congress this week, along with proposals for addressing US security concerns and the interests of Afghanistan’s neighbours. The Pentagon, however, notes that while local leaders are developing programmes that may offer a path to peace on a small scale, “the Afghan government has not developed a national reintegration programme”. While the Trump administration appears keen to start withdrawing US forces from Afghanistan, the Pentagon advocates maintaining enough troops in Afghanistan to force the Taliban to join peace talks. Over the past 16 months, the United States and its partners have used military force to drive the Taliban towards “a durable and incl­u­sive political settlement”. The Pentagon report claims that this selective use of force persuaded the Taliban to accept the Eidul Fitr ceasefire in June. Even though the Taliban did not publicly accept the second ceasefire offer, “there’re indicators of support within the Taliban senior leadership and a desire to pursue negotiations,” it adds. The Pentagon also supports the peace process initiated by US Special Represen­tative for Afghanistan Rec­o­n­ciliation (SRAR), Ambas­sador Zalmay Khalilizad, who has already held a series of meetings with Taliban in Qatar and the UAE and regularly visits Afghanistan and its neighbouring states, like Pakistan and India. “Increased military pressure on the Taliban, international calls for peace, and the new SRAR’s engagements appear to be driving the Taliban to negotiations, says the Pentagon report. The report, however, acknowledges that the Taliban control large portions of Afghanistan’s rural areas, and continue to attack poorly defended government checkpoints and rural districts. A key element in the Pentagon’s proposal for persuading the Taliban to stay engaged in the peace process is to “ensure the long-term sustainability of the ANDSF”, which would “demonstrate to the Taliban the international communities’ firm resolve in Afghanistan”.