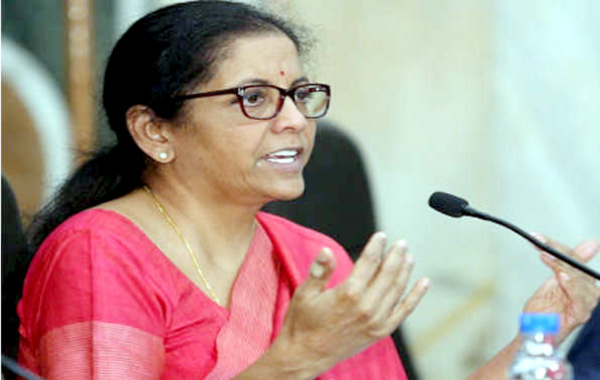 New Delhi, Defence Minister Nirmala Sitharaman on Friday said that the talks on acquiring S-400 air defence missile system from Russia have reached into the final stage. Talking to reporters here, Ms Sitharaman said, “The talks have reached at the conclusive stage. Once done, it will take about two and a half to four years to implement.” India will acquire five advanced S-400 Triumf air defence missile systems from Russia despite US sanctions threat.Last month, the defence ministry cleared the decks for the proposed Rs 39,000 crore deal for S-400 missile system for Indian Air Force (IAF). On Countering America's Adversaries Through Sanctions Act (CAATSA), the minister said, “I am not saying it is choosing between the US and Russia.With Russia we have continuous relationship which has endured since decades. CATSA is an US legislation.” She further added the two US Secretaries, including that of foreign affairs and defence have taken view, considering India's position. In January this year, the US had announced sanctions against Russia under its CAATSA for Russia’s alleged meddling in the American presidential election in 2016. On Communications Compatibility and Security Agreement (COMCASA), a defence foundational pact which would enable Indian military to obtain critical, secure and encrypted defence technologies from the other country. Ms Sitharaman said, “It is a US Act, not an UN Act. Final position on it has not been arrived at all.” Informing that the 2+2 Dialogue with the US will take place in September, Ms Sitharaman said, “The 2+2 is to happen in September First Week. The agenda will be to develop strengthening strategic defence cooperation and to follow-on what had transpired during the meeting with Secretary Defence Mattis.” On postponement of the dialogue which was scheduled to take place on July 6, the minister said, “Foreign Secretary US was going to attend to North Korea issues. That was the only window, that was explained to our Minister Of External Affairs Sushma Swaraj.The US postponed the 2+2 Dialogue for the third time since the idea was cropped up last year. She also rejected the UNHRC report on Kashmir and accused that it was prepared from somewhere else.“The report prepared sitting somewhere else. Assessment made by the UNHRC is without basis on grounds. If only they see what is on ground,” the minister added. Indian Army shows the maximum restraint, she said. On youth joining militant outfits the minister said, “We are keeping eye on the recruitment. We are also focusing on what is motivating them to join terror and who is behind this motivation. Also, We are able to eliminate terrorists on the borders itself.”