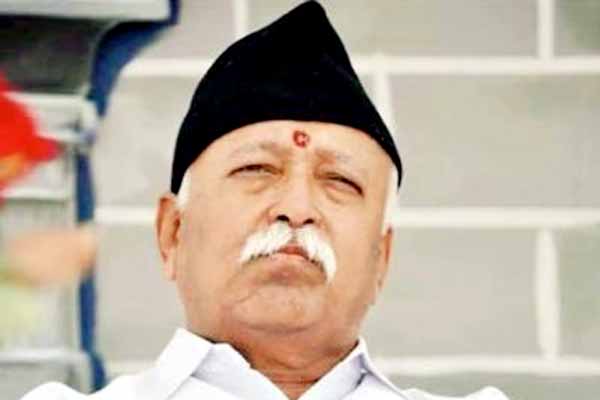 Mumbai, Rashtriya Swayamsevak Sangh chief Mohan Bhagwat has said foreign forces, not the Muslim community in India, demolished the Ram Mandir at Ayodhya. 'The Muslim community in India did not destroy the Ram Mandir. Indian nationals can't do such a thing. Foreign forces destroyed temples here to demoralise Indians," Mr Bhagwat told a 'Viraat Hindu Sammelan' on Sunday at Dahanu in adjoining Thane district. Mr Bhagwat stressed that it was the nation's responsibility to restore the Ram Mandir. 'The temple in Ayodhya was demolished by those outside India. It is our responsibility to restore what was demolished within the country. The temple should be built where it actually was. We are ready to fight for it,' he added. "If the Ram Mandir (in Ayodhya) is not rebuilt, the root of our culture will be cut. There is no doubt that the Temple will be built at the spot where it was," Mr Bhagwat added. The RSS chief said, "Today, we are independent. We have the right to rebuild whatever was destroyed because these were not just temples but the symbols of our identity."