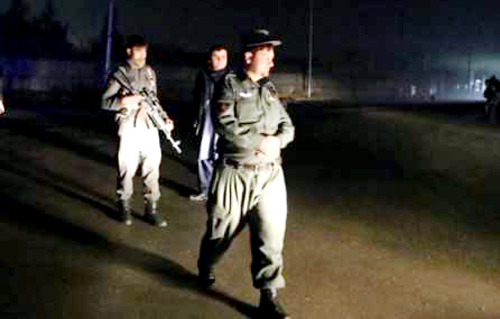 Kabul, At least ten people were killed and 19 others injured in an explosion in the security compound here, a health ministry spokesman has said. According to the Spokesman for the Ministry of Interior Najib Danish on Wednesday, the incident took place close to a compound of British security contractor group G4S, near an industrial park on the main road leading out of Kabul towards eastern Afghanistan, a report in Khaleej Times said. A suicide bomber detonated his explosives and then other fighters started a gunbattle with the forces in the area.No one immediately claimed responsibility for the attack. The blast followed Afghan President Ashraf Ghani telling a United Nations-sponsored conference in Geneva of plans to seek a peace agreement with the Taliban.