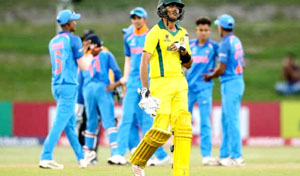 A new terrorist organization named “Ansarullah” connected with Islamic State terror outfit of Bagdadi and Al Quida has been traced out by the NIA (National Investigation Agency) spread out in the State Tamil Nadu in its about 7 districts and more locations are being traced out. The NIA raided about 16 places at the Tamil Nadu and also arrested 16 terrorist of Ansarullah. Besides these arrest 14 persons were earlier arrested at the Delhi Airport on their landing there. The Saudi Arabia and UAE (United Arab Emirates) Governments came to know that these persons were connected with terrorist organization of Islamic State and Al Quida and they are Indian nationals. They immediately deported these persons back to India and informed the Indian Government about it. The NIA nabbed them on reaching Delhi. In strict interrogation they revealed about terror outfit operating in Tamil Nadu and the persons connected with it. It helped the NIA to swing into action in locating Ansarullah places and persons there and nab them. In a raid at the residence of Taufiq Ahmed in Chennai it was established that he was link been Islamic State of Bagdadi and Ansarullah terror outfit. These organizations were planning major attacks in India. The Myanmar is Buddishta nation. The Rohingyas Muslim of Myanmar consider that they are anti-national and traitor. In 1947 during the partition of India the Rohingya Muslims met Jinnah and urged him to demand and secure Arakan region of Myanmar included in East Pakistan. They are also considered originally Muslims of Bangladesh whose forefathers have settled in Myanmar long back. To take revenge it is suspected that it was Ansarullah that carried out bomb blasts in India at the biggest Buddhishta temple at Bodh Gaya. Fortunately the main temple was not damaged. Similarly when someone attacked a Mosque in New Zealand and it being a Christian nation the Ansurallah as a revenge carried out bomb attack in Churches in Sri Lanka during Easter festival.  In Chennai raid at the residence of Taufiq Ahmed the NIA seized documents revealed that the Ansarullah is connected with SIMI also. The SIMI is Madhya Pradesh based terrorist organization with it base in Khandwa and spread over Burhanpur, Indore, Ujjain and Jabalpur. Sometime back four SIMI terrorists escaped from Khandwa jail and reached Uttar Pradesh upto district of Badaun. There they were making bombs and on blast escaped from there. The SIMI terrorists escaped from Bhopal Central jail and later killed in armed encounter. Now Ansarullah has also came on light with its link with SIMI, the Madhya Pradesh will have plunge into action to trace Ansarullah in Madhya Pradesh