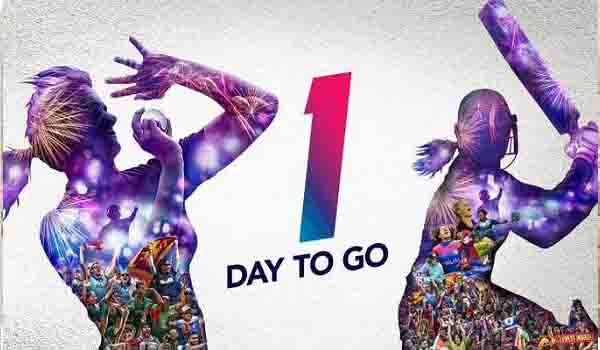 Sydney, Warm-up matches have given teams final chances to tune up ahead

event underway in Sydney on Friday.

Let’s not pretend Australia can’t handle expectation - they’ve been doing that for a decade.

But the goldfish bowl of a home World Cup is hard to replicate.

Matthew Mott has a Swiss army knife of a bowling attack, with the artistry of Ellyse Perry,

helm, Australian crowds will be treated to a team at the top of their game.

The signs are positive for Harmanpreet Kaur’s youthful side, hoping to win the event for the

contender and a top four of Shafali Verma, Smriti Mandhana, Jemimah Rodrigues and

Kaur is the tournament’s deadliest.

balance out their side, and a spin-heavy attack led by Rajeshwari Gayakwad finds

Bangladesh are going where they’ve never gone before in this World Cup, having

never played Australia or New Zealand in a T20I or toured Down Under.

Batting firepower is a concern, with much resting on 23-year-old keeper-batter Nigar

heavy lifting with pace on the ball.

in 2018, and will have their work cut out to produce another shock of that scale.

Devine, New Zealand are in rude health heading into the T20 World Cup.

The return of Lea Tahuhu gives their bowling x-factor from a pace perspective, and

Alongside a batting line-up graced by Suzie Bates, the highest run-scorer in the

event’s history, and in-form Devine, the White Ferns have all bases covered.

over England suggests they can carry clout in Group A.

Shashikala Siriwardena does the same, while Hasini Perera is a fine stroke-maker.

and reach the knockout stages for the first time.

performances, led by an exceptional skipper in Heather Knight.

middle overs will help them access totals of above 150, while Anya Shrubsole

and Katherine Brunt are masters of the seam art.

An intriguing prospect, Pakistan now have the experience of six T20 World Cups

under their belt and will fancy their chances of winning multiple games in Australia.

They have totally revamped their top order from the 3-0 series defeat to England,

Javeria Khan in the opener slot.

It remains to be seen where the wickets are coming from, but another debutant in

16-year-old leg-spinner Syeda Arooba Shah should be one to watch.

Not much is expected from South Africa at this World Cup, a rarity that will suit Dane

van Niekerk’s side down to the ground.

When their bowling battery is on song, it tears the world’s best batting line-ups

for Australia’s top order inside six overs this week.

There are few more terrifying sights than Shabnim Ismail, Marizanne Kapp and Sune

Thailand’s story is a heart-warming one but Group B opponents will know they aren’t to be underestimated as a highly experienced and cohesive T20I team.

knows exactly how to motivate her players for the big occasion, shown in their performances

at the Qualifier event.

with Natthakan Chantam dangerous at the top, Thailand will be great to watch at the World

a succession of star players, including captain Stafanie Taylor and Deandra Dottin,

having missed long periods with injury of late.

squad that campaigned on home soil in 2018, they are one of the tournament’s most

If Dottin is fit to bowl, Hayley Matthews hits her straps and youngsters such as Aaliyah

Alleyne complement the seasoned core, they’ll be bearing down on the final four before