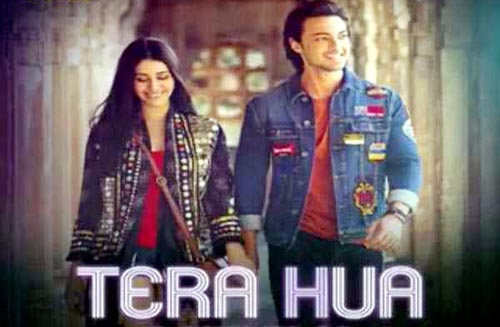 New Delhi, Aayush Sharma announced the release of the third song 'Tera Hua' from ‘Loveratri’ which is all set to release on Thursday. The actor took to his Instagram story to reveal the song to be out in two days. ‘Loveratri’s first song, ‘Chogada’, was released on August 14 and it turned out to be the chartbuster and the second song "Akh Lad jaaye" became the club anthem of the year. With back to back chartbuster songs the third song "Tera Hua" is being highly anticipated by fans. Immersing the audience into the festive mood, the trailer of Loveratri showcases an array of emotions like romance, drama, humour, and tragedy stirring the interests of the audience. Set against the backdrop of Gujarat, the romantic drama unfolds the love story of the leading couple over bonding over Garba. Giving a sneak peek into the colourful festival of Navratri, the poster featured the crackling chemistry of the fresh pair. Proving to be a festive treat, Loveratri captures the essence of Navratri with Garba being the crux of the film. Written by Niren Bhatt, 'Loveratri' is directed by Abhiraj Minawala who will also be making his directorial debut with the film. The romantic drama will mark the next venture of Salman Khan Films. Directed by Abhiraj Minawala, ‘Loveratri’ is slated to release on October 5.