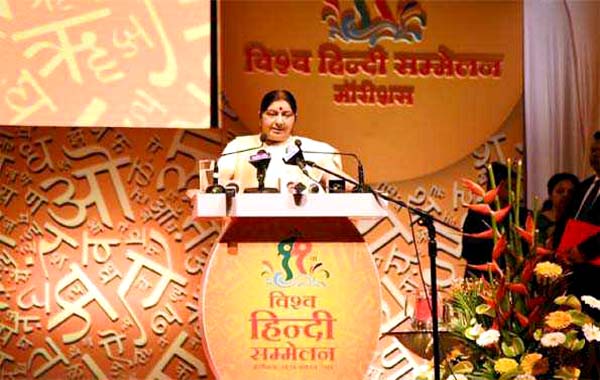 Ministry of External Affairs is the nodal Ministry for the 11th World Hindi Conference. For a smooth and orderly organisation of the conference, various committees have been constituted. The main theme of the Conference is "Hindi Vishwa Aur Bharatiya Sanskriti". A number of exhibitions focusing on the developments of Hindi language will be organised at the conference venue. During the conference, evening cultural programmes and a Kavi Sammelan will be organised by the Indian Council of Cultural Relations, New Delhi. A daily news letter (Sammelan Samachar), a Sammelan Smarika and a Conference Report on discussions/deliberations held during the academic sessions and their recommendations would also be published. World Hindi Secretariat will play an important role on preparation and publication of conference material. The Indian Council of Cultural Relations would bring out a special issue of "Gagananchal” dedicated to the Conference. In keeping with the past practice, Hindi scholars from India and other countries would be honoured with ‘’Vishwa Hindi Samman’’ for their distinguished services in the field of Hindi. To select a suitable logo for the 11th World Hindi Conference, a logo design competition was organised by the Ministry of External Affairs, which carried a prize money of Rs 60,000. With the help of a Logo Selection Committee, a suitable logo for the conference was selected. An official website has been developed for the conference, which can be visited atvishwahindisammelan for all relevant information. The website and the "Logo” of the 11th World Hindi Conference was jointly launched by MEA Minister Sushma Swaraj and Mrs Leela Devi Dookun-Luchoomun, Minister of Education and Human Resources, Tertiary Education and Scientific Research, Republic of Mauritius, on 10th April, 2018 at Jawaharlal Nehru Bhawan, Ministry of External Affairs, New Delhi.