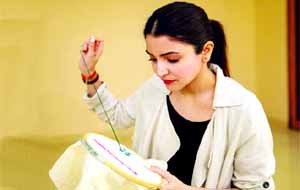 Hyderabad,  Mr Sujai Karampuri , Director, IT E&C Department, Government of Telangana on Wednesday said that three large battery manufacturing industries will set up their units in the state by investing Rs 1500 crore. Speaking to newsmen on the sidelines of the Electric Vehicle Summit 2019, organized by Indian Chamber of Commerce in association with Telangana Government here, Mr Sujai said that these three battery manufacturing industries will come up with Joint Ventures (JVs). The details would be announced very soon. “The construction works will start in next month and the total capacity of all together is 10 Gigawatts. During the first phase its capacity is one Gigawatt and the investment will be about Rs 1500 crore. Its capacity to go upto to 5 Gigawatt with the investment potentiality of Rs 6000 crore. It will come up at Electronic Park, near Rajiv Gandhi International Airport at Shamshabad and at Maheshwaram”, he said. Mr Sujai said that the state has created 900 acres of Electronic Park near the Interntional Airport. At present we started Electronic Vehicle Park in 200 acres and it will spread upto 800 to 1000 acres in future. At the same time the state government is also extending host of incentives like land at very discount rate, power subsidy, water subsidy to make sure electric vehicle eco system gets develop in the state. Not only encouraging battery and cell manufacturing industries but also component manufacturers to set up their units in the state, he said. As part from this, the state government was also taking steps by giving discounts to people who wants to purchase e-rickshaws, two-wheelers, cars on subsides, waiving of taxes and setting up of charging stations, Mr Sujai said.