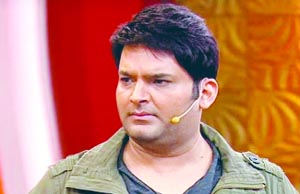 Controversies and Kapil Sharma are synonyms with each other. Since last year he has been in news for all the wrong reasons. It all began when his famous mid-air spat with his team came out in open and ever since then he has been facing many issues. It seems that problems for actor-comedian are not going to be over anytime soon. Recently the actor once again hogged the limelight due to all the wrong reasons. According to some media reports, the actor who made a comeback on small screen with his new show ‘Family Time With Kapil Sharma’, has been on a spree of canceling shoots due to his “health issues or personal issues”. This didn’t go well with channel and channel has decided not to air any new episodes of the show. Kapil’s new show ‘Family Time With Kapil Sharma’ didn’t impress many and failed to take off, and Kapil who was supposed to shoot an episode with Rani Mukerji canceled the shoot at last minute and the channel has to air reruns the old shows of Kapil Sharma. Recently Kapil has filed a case against an editor of online entertainment portal and managers of his last show. In his complaint, Kapil said that they are trying to extort money from him which led to mental stress to the actor. Now amidst all these controversies the channel with Kapil is associated has decided not to shoot or air any new episodes of his new show for the whole month of April. Now whether the show will make a comeback or not only time can tell. We hope everything will be sorted out amicably and Kapil will regain his lost glory!