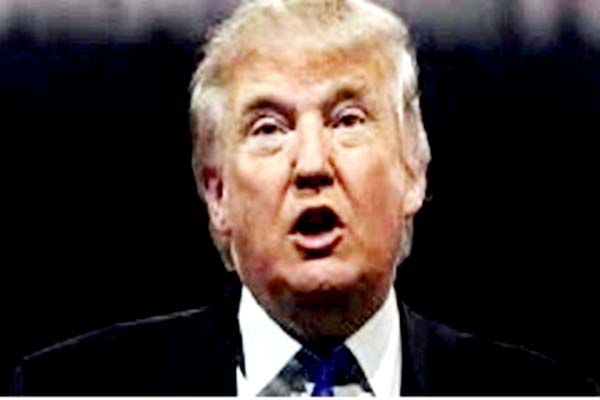 Washington, The Trump Administration has extended negotiations on steel and aluminium tariffs for 30 days with Canada, the EU and Mexico, a BBC News report said on Tuesday. It has also reached an agreement in principle with Argentina, Brazil and Australia.In March, US President Donald Trump imposed worldwide tariffs of 25 per cent on US imports of steel and 10 per cent on aluminium.Some countries were then exempted temporarily from those tariffs, including Canada, the EU and Mexico. China was not included in the exemptions and it later retaliated with its own duties on some US imports. Mr Trump responded by calling for further US tariffs against China, escalating trade tensions between the two giants.South Korea was given an indefinite exemption in return for a 30% cut in its steel exports to the US. "In all of these negotiations, the Administration is focused on quotas that will restrain imports, prevent transshipment, and protect the national security," a statement from the White House said. The statement said the details of the agreements with Argentina, Brazil and Australia would be "finalised shortly". Canada and Mexico had previously been given exemptions until 1 May while talks took place over Nafta (the North America Free Trade Agreement), as had Argentina, Australia, Brazil and the EU. It was the deadline that wasn't. After a week-long charm offensive from both the French President, Emmanuel Macron, and Chancellor Angela Merkel of Germany, the Trump administration has decided to kick the can down the road. This delay gives the administration more time to convince trading partners to perhaps consider quotas in lieu of tariffs -- a concession to which South Korea has already agreed. But even with this extension, it's anyone's guess as to just what will constitute a win for a president who has promised to put America first. Canadian Prime Minister Justin Trudeau said on Monday his government had been in regular contact with the White House on Canada's temporary exemption to metals tariffs.Canada is the biggest importer of steel into the US. The EU meanwhile had said it expected a "permanent and unconditional" exemption to replace the temporary measure that was set to run out on 1 May.It said it would launch a series of countermeasures if that failed.In response to Tuesday's announcement, the UK said it would continue to work closely with its EU partners and the US government to achieve a permanent exemption. "We remain concerned about the impact of these tariffs on global trade and will continue to work with the EU on a multilateral solution to the global problem of overcapacity, as well as to manage the impact on domestic markets," a UK government spokesperson said.