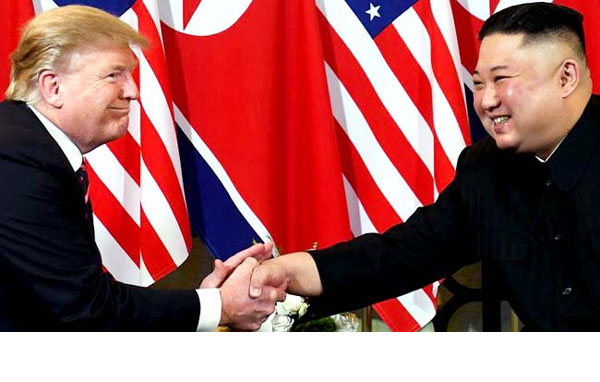 Agencies, Hanoi US President Donald Trump and North Korean leader Kim Jong Un have not reached an agreement at the Hanoi summit, but held a constructive meeting, White House Press Secretary Sarah Sanders said Thursday. "President Donald J Trump of the United States and Chairman Kim Jong Un of the State Affairs Commission of the Democratic People’s Republic of Korea had very good and constructive meetings in Hanoi, Vietnam, on February 27-28, 2019. The two leaders discussed various ways to advance denuclearization and economic driven concepts. No agreement was reached at this time, but their respective teams look forward to meeting in the future," the spokeswoman said.