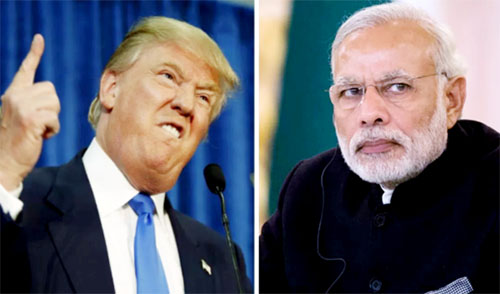 Washington, US President Donald Trump has mocked Indian Prime Minister Narendra Modi for funding a library in Afghanistan. The US president said it was of no use, according to the media reports here. Trump brought up India's aid during a press appearance at a cabinet meeting as he defended his push for the US to invest less overseas. While stating that he got along with Modi, Trump said the Indian leader was "constantly telling me he built a library in Afghanistan". "You know what that is? That's like five hours of what we spend," Trump said. It was unclear to which project Trump was referring, but India has committed $3 billion in assistance to Afghanistan since US-led forces toppled the extremist Taliban regime after the September 11, 2001 attacks.