Truth, non-violence, for which Gandhi lived & was killed, are India's foundation: Rahul 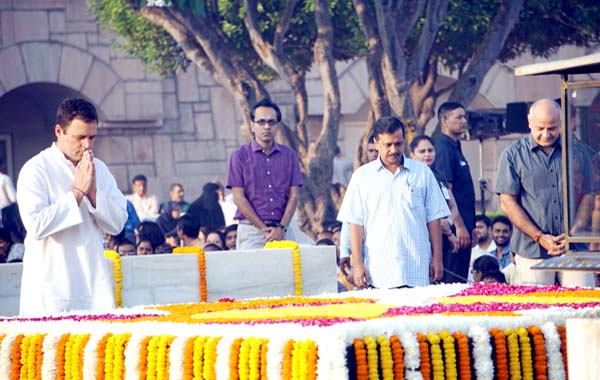 New Delhi, Describing the ideas of truth and non violence propounded by Father of the Nation Mahatma Gandhi as foundation of the country, Congress president Rahul Gandhi on Tuesday said true patriots must protect these values. Paying tributes to the Father of the Nation on his 150th birth anniversary, Mr Gandhi said, 'Gandhiji is not an immobile statue, he is a living set of ideas and values flowing through India.' 'Truth and non-violence, which he lived for and was killed for are the foundation of our country. True patriots must protect them, ' he added.