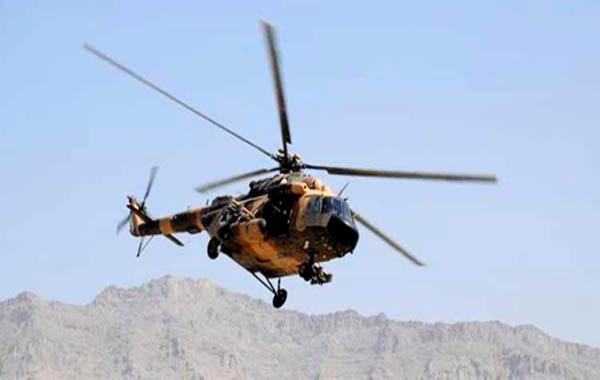 Herat, Afghanistan , As many as 25 senior Army officials were killed when an helicopter carrying them crashed in Western Afghanistan on Wednesday. A spokesman for the governor of western Farah province Naser Mehri said two Army helicopters were on their way to neighbouring Herat province when one lost control, a report in Al Jazeera said. The deputy army corps commander for western Afghanistan and head of the Farah provincial council were among the dead, Mr Mehri said. As per Provincial council member Dadullah Qaneh, the helicopter hit a mountain peak in poor weather en route to neighbouring Herat province. However, A Taliban spokesperson said fighters belonging to the armed group shot it down.Senior Afghan government and military officials often travel by helicopter in regions where the Taliban has a large presence.