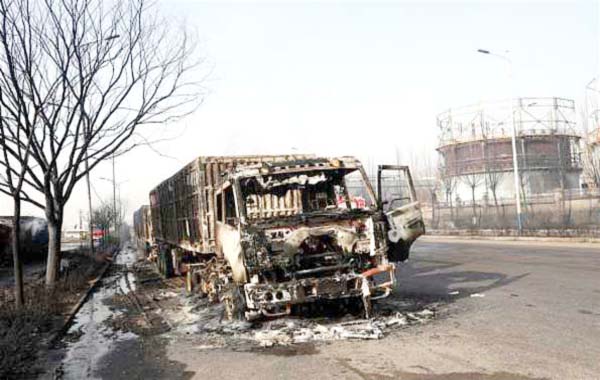 Beijing, At least 23 people were killed in a blast triggered by leakage of the toxic gas vinyl chloride in north China's Hebei Province. The leakage from the gas holder spread to the road outside the Hebei Shenghua Chemical Industry Co., Ltd., leading to the blasts in the city of Zhangjiakou, investigation revealed, Xinhua reported. Several vehicles parked on the roadsides were damaged in the blasts that occurred at around 0040 hrs on Wednesday. Of the 22 injured, four have been discharged from hospitals. Others are stated to be stable. Investigation is underway.