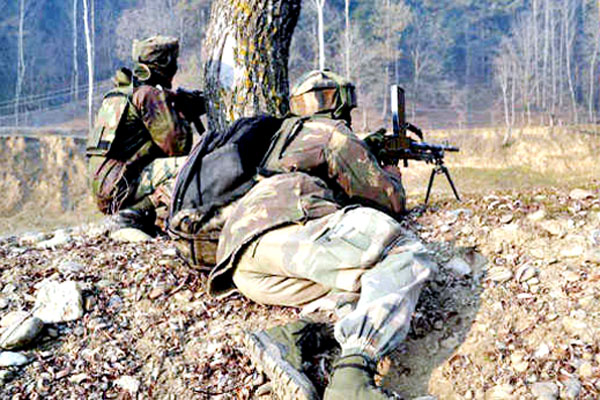 Jammu, Jammu and Kashmir Government on Saturday said that two Army personnel were martyred while four others, including a girl, were injured in the ongoing Fidayeen attack on Sunjwan Military Station here on city outskirts. Minister for Revenue and Parliamentary Affairs Abdul Rehman Veeri said in the Legislative Assembly that at about 0410 hrs, a group of Fidayeens attacked Sunjwan Military Station (36 Brigade) resulting in death of one Subedar (JCO) Madan Lal Chowdhary and Subedar Mohammad Ashraf Mir. Four others, including a civilian, were injured in the incident and have been shifted to GMC Jammu for treatment. The Minister informed the House that the whole area has been cordoned off by the Army and the security forces and operation is underway as militants have taken refuge in JCO quarters in the area.