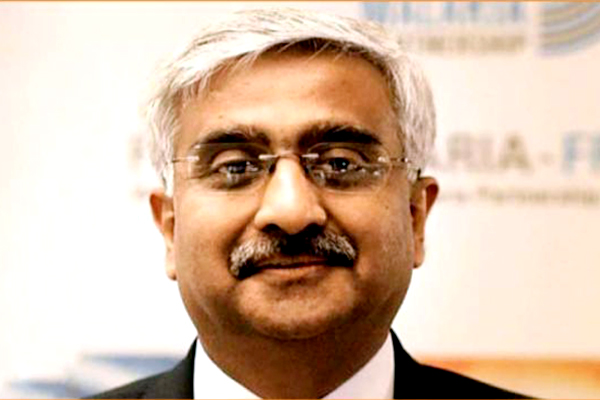 Agencies, New Delhi The AAP on Tuesday came under fire from the Delhi IAS body, which announced a strike following alleged misbehaviour against the Delhi CS in the midnight meeting called by the Delhi CM at his residence. The incident of the alleged assault on CS that took place during the midnight meeting called at the CM’s residence on Monday evoked a row of criticism for AAP from the various political parties, including the grand old party, Swaraj India and the BJP. The meeting’s hangover continued on Tuesday with complaints from both the sides accusing each other of misbehaviour, bad language and physical assault. Delhi police registered two FIR’s in this connection, one based on the complaint filed by CS with the Civil Lines police station , while other complaint by the Delhi Environment Minister Amanatullah at the IP estate police station. According to police sources, the complaint has been registered under sections that include assault on public servant, voluntarily causing hurt, obstructing a public servant from performing his duty and others. We have registered a case with regard to the complaint according to which Chief Secretary was called at CM’s residence late last night, where some MLAs were also present and Chief Secretary was assaulted. Investigation has begun’’, said Chief Spokesperson Delhi Police Deependra Pathak. ‘’In reference to another complaint filed by a Delhi Minister stating that he was assaulted in the Delhi Secretariat,we have registered case and initiated investigation’’, Mr Pathak said further. The complaint against the AAP MLAs was filed by Delhi CS Anshu Prakash at the Civil Lines Police Station, earlier on Tuesday, who also met the Union Home Minster over the issue. Following the meeting , the Home Minister condemned the incident expressing his grief saying that the civil servants should be allowed to work with dignity. ‘’Justice will be done. A delegation of IAS Delhi, Andaman and Nicobar Islands Civil Service (DANICS) and Subordinate Services of Delhi Government met me and apprised me of the prevailing situation,’’ Mr Singh said further. Meanwhile, IAS association is Delhi on Tuesday held a candle light protest march at Raj Ghat against the alleged man handling of the Delhi CS. The Delhi Government employees on Tuesday decided to go on a strike to protest against the incident by two Aam Aadmi Party (AAP) MLAs.‘’We are going on a strike with immediate effect. We are with our Chief Secretary. Until those at fault are not arrested we will not get back to work,’’ D N Singh, Delhi Administrative Subordinate Services president said. Reacting sharply to the alleged man-handling of Delhi Chief Secretary, DPCC chief Ajay Maken said that strict legal against concerned persons for this such behaviour.He also said that the capital went through administrative paralysis alleging that officials were not able to work properly under this government in Delhi. However,on the contrary, Chief Minister’s office has denied the allegations, saying that the incident never took place. “Delhi CM office strongly denies allegations by the Chief Secretary. There was no incident of assault or attempted assault by any AAP MLAs,” a statement from Kejriwal’s office said. One of the AAP leader’s who was a part of the midnight meeting from where the whole matter triggered has filed a complaint with Delhi CP, against the CS for ‘’casteist remarks’’. The BJP also condemned the incident that took place at CM’s residence. Speaking to reporters here, party’s national spokesperson Sambit Patra said, ‘’We condemn the way Mr Arvind Kejriwal, his party members behaved in the CM’s residence with the Chief Secretary of Delhi.’’ AAP and anarchy have become synonymous, Dr Patra said, adding that the party has no relation with the Constitution. ‘’The constitutional crisis that has come to the fore today, in Delhi, because of the lawlessness created by Arvind Kejriwal and his party is worrisome,’’ he said.