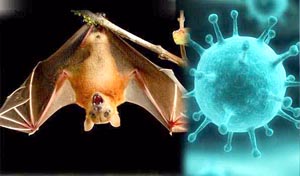 Abu Dhabi, The UAE Ministry of Health and Prevention (Mohap) has asked people to put off unnecessary travel to Kerala, where a Nipah virus (NiV) outbreak has claimed 10 lives while at least 40 others are in quarantine. In a statement issued on Thursday, the Ministry said it was closely monitoring the situation.  "The ministry works with its strategic partners to assess the risk of importation of Nipah virus (NiV) cases to the country and put the necessary control measures. Also, Mohap is in continuous coordination with the World Health Organisation (WHO) to implement the global recommendations," read the statement. "Mohap alerts the people travelling to Kerala to be aware of possibility of contracting the infection and advises them to postpone unnecessary travel till the situation will be controlled," it added. In a statement Dubai-based airline, Emirates said they are monitoring the situation closely. The statement read, 'Emirates is aware of recent Nipah cases reported in the state of Kerala. The safety of our passengers and crew will always be our top priority, and we are monitoring the situation closely. With regards to preventive or other measures, we will take guidance from the World Health Organisation (WHO) and other international bodies. At this time, there are no recommended actions for airlines.' 'Reports indicate that the Nipah cases originated in, and are currently contained in the area around Kozhikode, a northern district of Kerala. We do not operate to Kozhikode. The closest airport that Emirates operates to, is Kochi, which is about 5.5 hours drive to the south,' Khaleej Times reported. While the WHO has not issued any specific advice to countries - including the UAE - that have not been affected by the Nipah virus (NiV), it has asked them to enhance level of preparedness. The organisation said that the preparedness level should be enhanced due to the population and goods movements between the countries and India where a current outbreak has claimed 10 lives while at least 40 others have been put in quarantine. Among the advisories given, the WHO has advised countries to enhance surveillance at health care facilities including at points of entry and give case definitions among healthcare workers (HCWs).