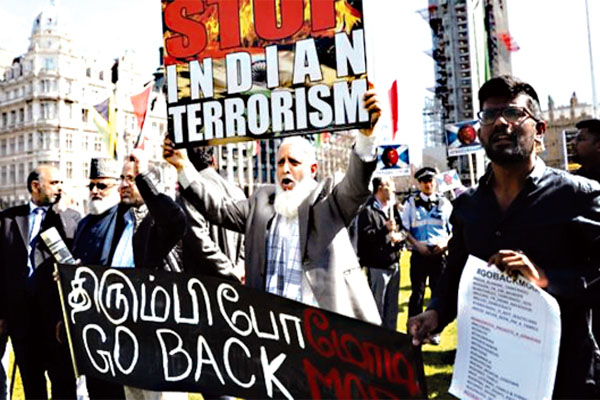 Agencies, London The UK has apologised after the Indian flag in London’s Parliament Square was torn down amid protests against Prime Minister Narendra Modi’s visit. “While people have the right to hold peaceful protests, we are disappointed with the action taken by a small minority in Parliament Square,” the UK’s Foreign Office said in a statement. The Ministry of External Affairs has said that it expects “legal action” to be taken against those who brought down the flag, which was officially hoisted along with the flags of all 53 Commonwealth countries. “We are deeply anguished over the incident involving our national flag,” Spokesperson Raveesh Kumar said. Hundreds of people gathered on Wednesday outside Downing Street where Modi met his British counterpart Theresa May. The protests were said to have been sparked by two recent incidents of rape in India. Modi has said that the rapes had brought “shame” on India.