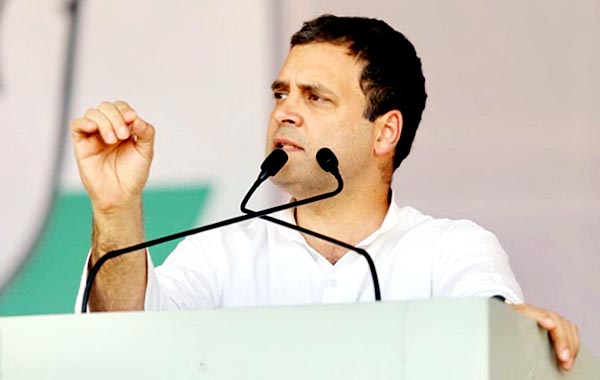 New Delhi, Reacting to the Central Bureau of Investigation booking it's second-in-command Rakesh Asthana as an accused in a bribery case, Congress president Rahul Gandhi on Monday said that under Prime Minister Narendra Modi leadership, the CBI has become a 'weapon of political vendetta'. In a tweet, Mr Gandhi said, ' The PM’s blue-eyed boy, Gujarat cadre officer, of Godra SIT fame, infiltrated as No. 2 into the CBI, has now been caught taking bribes. Under this PM, the CBI is a weapon of political vendetta. An institution in terminal decline that’s at war with itself.' Asthana is accused of accepting bribe from meat exporter Moin Qureshi for providing relief in a case registered against him. The CBI registered a case against the special director, an officer posted in the headquarters, two private persons and 'unknown others' following a complaint alleging harassment and extortion of crores.