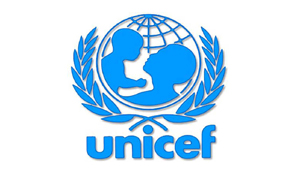 United Nations, The refugee crisis in Bangladesh sparked by the mass exodus of people from Myanmar almost a year ago risks creating a “lost generation” of Rohingya children who lack the life skills they will need in future, the United Nations Children’s Fund (UNICEF) has warned. Hundreds of thousands of mainly Muslim Rohingya continue to live in cramped and rudimentary camps in Bangladesh’s Cox’s Bazar, after fleeing a military operation in Myanmar that was subsequently likened to “ethnic cleansing” by the UN’s top human rights official, Zeid Ra’ad al Hussein. According to UNICEF, the international community needs to do more to prevent some half a million youngsters “falling prey to despair and frustration”. One key need is better education facilities, which some older children say is almost more important than food, according to Simon Ingram, Senior Communication Advisor for UNICEF. “Now they are starting to look forward, they’re starting to wonder, ‘What next?’” Mr Ingram said, citing a child alert issued late Wednesday. “They are starting to think, you know, what sort of future that they really have, and this is where a new level of anxiety and fear starts to come in.” Although huge advances have been made in the living conditions of those forced to flee Myanmar, including in disease outbreak prevention, improved water provision and stronger shelters, UNICEF warns that children in Cox’s Bazar face a bleak future. “If we don’t make the investment in education now, we face the very real danger of seeing a lost generation of Rohingya children,” UNICEF Bangladesh Representative Edouard Beigbeder said in a statement. “Children who lack the skills they need to deal with their current situation, and who will be incapable of contributing to their society whenever they are able to return to Myanmar.”