US Ambassador calls on Kejriwal 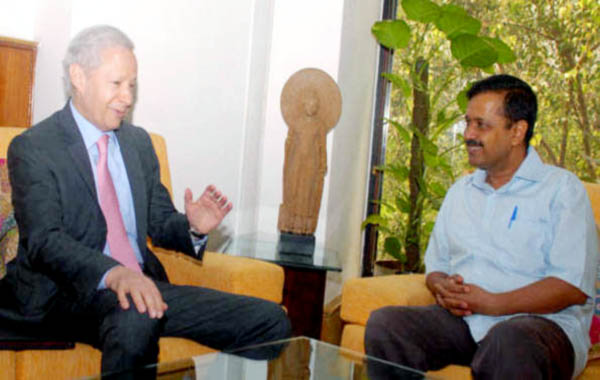 New Delhi, Alarming levels of air pollution in the national Capital was high on the agenda at a meeting between the U S Ambassador to India Kenneth I Juster and Delhi Chief Minister Arvind Kejriwal at the Secretariat here on Friday. “In the meeting, the two discussed partnership in several areas including pollution. The Chief Minister informed the Ambassador of the agreement between Delhi Government and University of Washington on pollution,” a Government statement said. Washington University will be providing real-time pollution data to the Government of Delhi. The data will help identifying the source of pollution in Delhi round the year. During their meeting, the Chief Minister said that he would like to have more cooperation in areas like pollution with the US. “I would like to meet if any of the experts on the area are coming to India to know the best practices to be implemented in Delhi also,”Mr Kejriwal said.. ``We are also open to ideas on any other sector also, we can be technology partners in various areas,' said the CM. The US envoy said he will definitely inform and keep in touch over the areas where partnership is required. The two also discussed the relationship between India and United States and the people to people cooperation between the two countries.