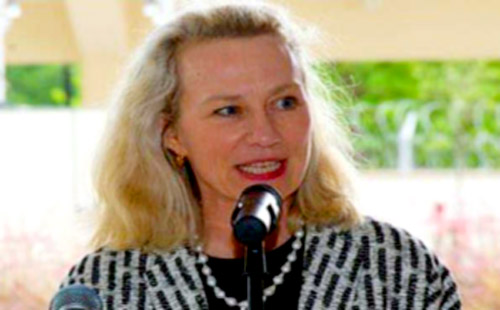 Islamabad, The United States does not have the "evidence" suggesting that India is using the Afghan soil to perpetrate terrorism in Pakistan, Principal Deputy Assistant Secretary of State for South and Central Asian Affairs Alice Wells said here. “I don’t have the evidence what you’re referring to, but our policy is clear that no country should support non-state actors,” Express Tribune newspaper quoted the visiting US official as saying while interacting with a group of journalists at the US Embassy. Wells was responding to a question about Pakistan’s longstanding allegations against India for sponsoring terrorism from Afghanistan. Her statement appears to suggest that the US is far from convinced with Pakistan’s narrative on India, said the daily. Wells was in the Pakistan capital from April 29 to 30 to review key items on bilateral agenda and discuss regional security, including joint efforts to advance the Afghan peace process. She began her visit with a joint meeting with US Special Representative for Afghanistan Reconciliation Ambassador Zalmay Khalilzad and an inter-agency delegation including senior officials from the Ministry of Foreign Affairs and the Pakistani military. Wells and Khalilzad also met with Chief of Army Staff General Bajwa. Ambassador Wells underscored the importance of all actors in the region takings steps to advance security, stability, and cooperation in South Asia. She also discussed opportunities to strengthen economic ties between the United States and Pakistan, and explored other areas for growth in bilateral relationship, said the US Embassy in Islamabad.