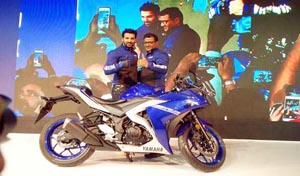 Washington,  The US Department of the Treasury has imposed sanctions against Iranian Foreign Minister Mohammad Javad Zarif.  The sanctions freeze any assets Mr Zarif may have in America, the department said, according to a BBC News report. "Javad Zarif implements the reckless agenda of Iran's Supreme Leader (Ayatollah Ali Khamenei)," Treasury Secretary Steven Mnuchin said.  Mr Zarif tweeted the US had imposed sanctions on him because it considered him as a threat to its agenda. Tensions between the US and Iran have heightened since the US last year withdrew from the 2015 nuclear deal that aimed to curb Iranian nuclear activities. There are growing concerns that a number of recent incidents in the Gulf could lead to a military conflict in the vital shipping region. On Wednesday, the US extended waivers which allow Russia, China and European countries to continue civilian nuclear cooperation with Iran. White House security adviser John Bolton said on Wednesday that it was a "short 90 day extension". "I think the idea here is we are watching those nuclear activities very, very closely," he added.  Mr Mnuchin described Mr Zarif as the Iranian "regime's primary spokesperson around the world".  "The United States is sending a clear message to the Iranian regime that its recent behaviour is completely unacceptable. "At the same time the Iranian regime denies Iranian citizens' access to social media, Foreign Minister Javad Zarif spreads the regime's propaganda and disinformation around the world through these mediums," Mr Mnuchin said.  Mr Zarif said the US move "has no effect on me or my family, as I have no property or interest outside of Iran". He posted a tweet, mocking the US move. "The US reason for designating me is that I am Iran's 'primary spokesperson around the world. Is the truth really that painful?" he asked.  "Thank you for considering me such a huge threat to your agenda."