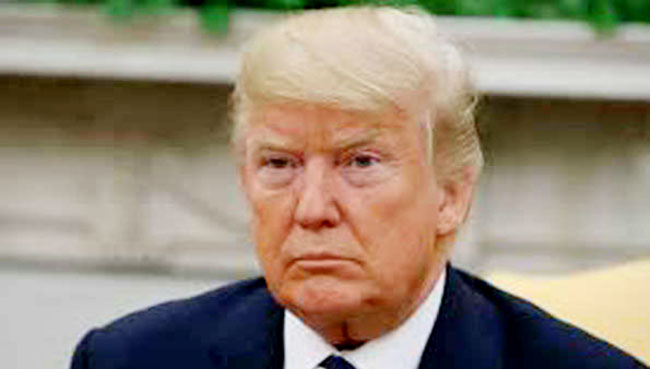 Washington, The US plans to end preferential trade status for India, under a scheme which allows certain products to enter the US duty-free. According to a BBC News report, president Donald Trump said India had failed to assure the US it would provide reasonable access to its markets. India said the US move would have a "minimal economic impact". The US will also end Turkey's preferential trade status, saying it no longer qualifies.It is the latest US attempt to counter what it sees as unfair trade practices. Mr Trump has pledged to reduce US trade deficits, and has repeatedly called out India for high tariffs. As a result, he directed the US Trade Representative's (USTR) office to remove India from a programme that grants it preferential trade treatment. Preferential trade treatment for India currently allows $5.6bn (£4.3bn) worth of exports to enter the United States duty free. In a letter to Congress, the US president said India had "not assured the United States that it will provide equitable and reasonable access to the markets of India". Under the Generalised System of Preferences (GSP) programme," certain products can enter the US duty-free if the beneficiary developing country meets a set of criteria established by Congress". The criteria include providing intellectual property protection, and giving the US reasonable and fair market access. India's Commerce Secretary Anup Wadhawan said the withdrawal from the GSP would have "minimal economic impact of $190m (£144m) on India". "Our trade relations remain cordial with the US. There is no disruption on trade talks," Mr Wadhawan said. India is the world's biggest beneficiary of America's GSP programme, which was created in the 1970s to help developing and poor countries improve their economic growth prospects. At the time, India was clocking in growth rates of as low as 3.5pc. This year it is thought that it could shoot up to the world's fifth largest economy, rivalling the UK. Analysts say that's why the US, and in particular the Trump administration, is saying things need to change. Countries that are no longer developing nations shouldn't continue to get special access from the US to help them grow - especially if they're not providing reciprocal access. Trade experts also say there's a sense within the Trump administration that if they're going after China based on its claims that it is still a developing country, then it is hypocritical not to do the same with India, too.The US also intends to remove Turkey from its GSP programme. It argues the country no longer meets the criteria because it is "sufficiently economically developed". The changes may not take effect until at least 60 days after the notifications to Congress and the governments of India and Turkey.The move is the latest push by the Trump administration to redress what it considers to be unfair trading relationships with other countries. That sentiment has fuelled a damaging trade war between Washington and Beijing. Negotiations are ongoing to resolve the dispute that has seen both sides impose billions of dollars worth of tariffs on one another's goods.The US has also imposed tariffs on steel and aluminium imports from countries around the world. Last year, India retaliated to those tariff hikes by raising import duties on a range of goods. The move to end US preferential status for India comes at a challenging time for India's Prime Minister Narendra Modi as he prepares to face elections this year.