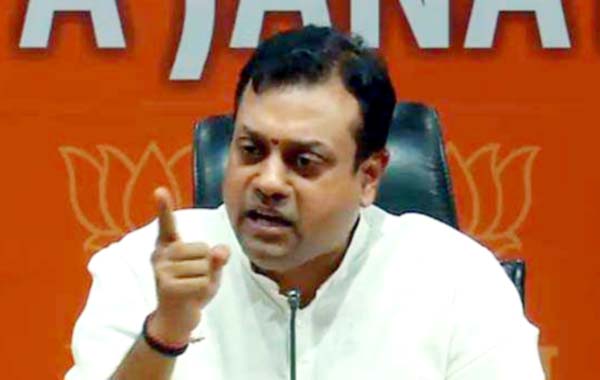 New Delhi, BJP on Tuesday stepped up attack on cricketer-turned Punjab Minister Navjot Singh Sidhu for his Pakistan visit and subsequent media statement and accused Congress president Rahul Gandhi of trying to run a 'parallel' foreign policy vis-a-vis the Western neighbour. Addressing a press conference here, BJP spokesperson Sambit Patra accused Mr Gandhi of trying to run a 'parallel government in the country'. 'Rahulji , you cannot run a parallel government in the country. Diplomacy is the prerogative of the Central government,' he said. The remarks by the BJP leader came shortly after Mr Sidhu addressed a press conference in which he said that his visit to Pakistan was not political. Mr Patra said the foreign policy has to be pursued by the government of India and 'not by a mere minister in a state government'. 'There was a sense of equivalence that Mr Sidhu tried to draw between himself and the Prime Minister of this country...The sense of equivalence Mr Sidhu tried to draw also with the late Atal Bihari Vajpayee is a matter of big surprise,' he said. The BJP leader reminded the vocal Congress leader that he is not the Prime Minister of India. Earlier in the day, Mr Sidhu said at a press conference that his hugging Pakistani Army Chief General Qamar Javed Bajwa was an emotional response after he was informed that the Pakistani government was making efforts to allow pilgrims to Gurdwara Darbar Sahib Kartarpur in Narowal District. 'The press conference Mr Sidhu addressed today was not a media interaction on cricket but on politics. Instead of explaining what business he and the Congress party had in embracing Pakistani Army Chief and sitting next to 'PoK president', Mr Sidhu gave a long speech how diplomacy can be conducted,' he said. 'Astonishingly, the gloves and the kit he was using today was not of a cricketer but politician,' he said, adding that Mr Sidhu had repeatedly tried to 'implicate India'. 'It appears there is an attempt to suggest that India is to be blamed for whatever is happening in Indo-Pak relationship.' Mr Patra said for centuries India has been clamouring for peace and prosperity and it will continue to do so and if 'anybody who has betrayed this cause, it is Pakistan'. 'The manner in which Sidhu spoke he has tried to implicate that India is not showing large-heartedness....We condemn the manner the Congress had tried to put India in the dock,' the BJP spokesperson said, adding that the issues raised in this context ought to be answered by none other than Congress president Rahul Gandhi himself. On this he referred to the statement of Punjab Chief Minister Capt Amarinder Singh, who is a Congress leader, that Mr Sidhu was wrong in hugging the Pakistan Army Chief. Mr Patra said 'Sidhu, who is a minister in Punjab, has now countered the statement of the Chief Minister... but we want to know at whose behest he is doing so.' The BJP spokesperson went on to offer the answer himself saying -- 'Of course at the behest of Rahul Gandhi'.