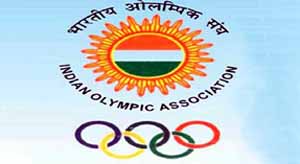 New Delhi, The Indian Olympic Association (IOA) on Tuesday appointed its joint secretary Vikram Singh Sisodia as the Chef-de-Mission for Commonwealth Games slated to take place in Gold Coast, Australia from April 4 to 15. "Sisodia, currently the Joint Secretary of IOA will be assisted by three team managers who will help him in the execution of day- to-day duties during the Games," the IOA said in a statement. IOA President Narinder Dhruv Batra said he's confident that the four officials would discharge their duties and do a good job during the Games. "I am sure they would take good care of the Indian contingent. I wish them all great Games," Batra said.