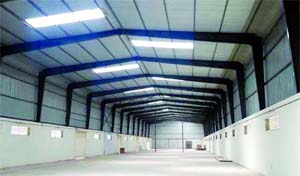 Agencies, Kolkata Warehousing which was once sidelined in the larger scheme of things, is now rapidly gaining prominence across the Indian realty sector, according to Chief Operating Officer of Synergy Property Development Services Antao AV. There are many factors, at the micro and macro-economic level that are coming to play, making warehousing an attractive proposition for investors looking to leverage the significant tailwinds witnessed around it. “In fact, the growth prospects for Warehousing is so favorable, that as per recent reports we could see significant investments being made in the tune of USD 8 to 9 billion, for creation of warehousing facilities across the country over the next two years. Which in turn would result in creation of over 20,000 jobs at different levels of specification and specialization,” Mr Antao said in a statement here on Monday. To gain cognizance of the paradigm shift that we are witnessing in Warehousing, it’s imperative to understand what it essentially entails. At the core of it Warehousing plays a multi-faceted role and is an integral part of any logistics system. Warehouses are basically intermediate storage points in the logistics system where raw material, work in process, finished goods and good in transit are held for varying duration of times for a variety of purposes. With that as a background, it’s important to get a perspective on how Warehousing stacks up in the larger context. The very first headway made, was around the government’s decision to give logistics and warehousing sectors infrastructure status last year. This greatly gives a much needed fillip to this marginalized sector, thereby spawning interest from some of the biggest players who are keenly looking to invest in it. Many of them looking to invest over 2 billion USD into creating mega warehousing spaces in India, as the warehousing sector gears up for transitioning through a revolutionary phase.