We need to expose lies of Modi govt: Jairam Ramesh 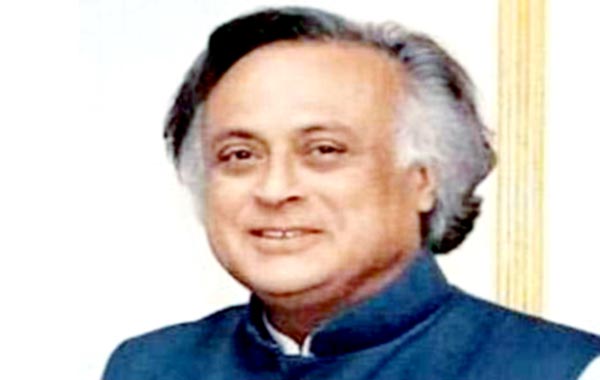 New Delhi, Describing the non-fulfillment of promises made by Mr Narendra Modi in 2014 general elections as the most important issue for the 2019 elections, senior congress leader Jairam Ramesh has said that the opposition needs to expose the lies of this government. 'The 2019 Lok Sabha elections will be based on what happened to the promises made by Narendra Modi. Just like we were the issue in 2014 general elections, there will be just one issue in 2019 – Narendra Modi. It is our job to expose the lies of Narendra Modi government,' Mr Ramesh said in an interview to a TV channel.Talking to Zee News, Mr Ramesh welcomed the changes in the Congress after Mr Rahul Gandhi took over as party president. In this context, he said appointment of more young leaders on important posts was a long-pending demand of members of the Congress. In recent months, Mr Gandi has been appointing a number of young faces as party in-charges for various states as part of the reorganisation of the Congress. Mr Ramesh also welcomed the change in the working style of the Congress, which, he said, was marked by fast decision making as was seen in the developments in Karnataka where his party moved fast to forge an alliance will be JD(S).Mr Ramesh said, the party did not work on a slow pace like it did in Manipur, Goa or Arunachal Pradesh. 'Had the Congress taken decisions like it did previously, we would have lost Karnataka, which is a crucial state for the party in the current situation. The Congress leadership did not just take fast decisions, but also showed a big heart by offering chief ministership to the JDS without any condition. They were also given the Finance portfolio,' said Mr Ramesh. 'All this happened so fast that old Congress members like us did not even feel that it was the same Congress party,' he said.The Congress leader said the party was working to forge tie ups with other opposition parties in various states to defeat the BJP in the coming Lok Sabha elections. Mr, Ramesh said that the Congress would ally with Samajwadi Party, Bahujan Samaj Party, Rashtriya Lok Dal in Uttar Pradesh, with Rashtriya Janata Dal in Bihar, with Jharkhand Mukti Morcha and Jharkhand Vikas Morcha in Jharkhand and with National Congress Party in Maharashtra.He said that doors were also open for post-poll alliance if needed.