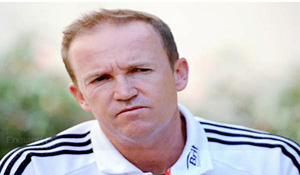 London, ICC World XI head coach Andy Flower has opened up about the full extent of the positives he feels can be gleaned from the ‘World XI’ concept, with his side set to take on the West Indies at Lord’s on May 31. All proceeds from the Lord’s match will be used to redevelop the stadia in the Caribbean,which were damaged due to hurricanes last year, a ICC report on Wednesday said. “Sport has been used as a vehicle for good in many instances in the past and this is one of those occasions,” said Flower. “The hurricanes Irma and Maria hit the islands of Anguilla and Dominica eight months ago so perhaps this isn’t in the public consciousness as powerfully as it was back then. But after that happened, initially the West Indies Cricket Board and Giles Clarke talked together, and then the ICC and the MCC came together to put this event on to raise money to restore the cricket grounds in those islands,” he said. Flower has a great deal of experience with World XIs, both as a player and having coached a scratch team against Pakistan in three T20Is last year. He believes this isn’t just an event which will benefit the islands; the whole world of cricket will be better off for the goodwill generated. “I’ve been involved in these World XI charity events before as a player, and there’s usually a wonderful feel to it,” he said. “The feeling is generated because the intent behind everyone’s involvement is for good and you get some really amazing side benefits as well. For instance, here we’ve got Pakistanis and Indians sharing a dressing room which doesn’t happen very often.” For all that this is an event intended to help a worthy cause, with many of the world’s best players set to be involved and with the opponents being World T20 champions West Indies, it is sure to be worth following as a cricket spectacle alone. “This is a wonderful experience and will create wonderful memories for these players and hopefully wonderful memories for the spectators who see really talented exciting players playing against a very talented exciting West Indies side,” said Flower.