What now for Neymar after image-shattering World Cup? 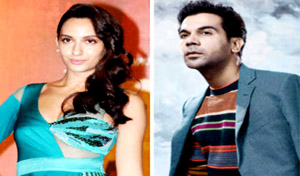 As the World Cup nears its conclusion, Brazilian forward Neymar is faced with not just a bitter few days of what might have been, but a coming season of what to do now. The Paris St Germain striker arrived in Russia hoping to guide Brazil to their sixth title and also as favourite to succeed thirty-somethings Lionel Messi and Cristiano Ronaldo as the best player in the world. Instead, he was ridiculed for his haircuts, diving and tears, and the 26-year old must now decide what to do about his tattered reputation. He can respond on the field by playing well and winning matches, something that is second nature to a man who won league titles in Brazil, Spain and France, and lifted the Champions League with Barcelona and the Copa Libertadores with Santos. But restoring his reputation off the field is more difficult. "In terms of communications, Neymar's big problem - and it's one common to other athletes - is his lack of empathy," Diogo Kotscho, a communications specialist who looked after Kaka's career and is now VP of Communications at MLS club Orlando City, told Reuters. "He is very protected, and the people who speak for him are his dad, his mum, his sister, his girlfriend. Neymar never speaks and when he does it is via social media or in tightly controlled interview situations. Any identification with him is superficial. The priority is getting him to open up and let the public know the real Neymar." To many football fans, as well as to the coaches and players who criticised him, the Neymar they saw in Russia was spoilt and narcissistic. One particular incident against Serbia, when he rolled along the touchline in overwrought hysteria, became an instant source of ridicule.Memes picturing the fakery were shared millions of times, as were videos of children imitating his exaggerated response in parks and stadiums as far apart as Mexico and Scotland. Neymar is an obsessive user of social media, and with 99 million followers on Instagram and 61 million likes on Facebook he has considerable influence. People who know him invariably say he is polite and easy going. But because he appears to live his life surrounded by a protective entourage, it is not clear whether he has seen or cares about the ridicule. Nor is it clear whether he intends to do anything about it when he begins the new season at PSG, a club he joined last year. A spokeswoman has rebuffed repeated requests from Reuters over the last year to talk to Neymar, his agent father, and his financial advisers. But Kotscho said those financial experts could be decisive in any future decisions about an image makeover. "Maybe when it starts to harm his business the red light will flash," he said. "Top players earn more from image rights than from actually playing football, so if the sponsors start disappearing that might be the moment he starts to pay attention."